1
Upcoming Titles
Death of an Army: Ypres 1914 - Released
A Greater Victory - October 1st, 2022
Stalingrad: Advance to the Volga, 1942 - 1st Quarter, 2023
​Eagles in the Sky - 4th Quarter, 2023
A Greater Victory (South Mountain,1862) is steadily progressing and is now headed towards outside (beta playtesting). The game features two small, quick playing scenarios (Fox’s Gap and then the actions around Frosttown), along with a long scenario covering the full day’s engagement. Each scenario has its own Fog-of-War table to more accurately reflect that particular phase of the battle.
The Order-of Battle has not relied upon customary “paper strength”, but a more accurate number of effectives for each regiment and brigade, so expect some surprises here.
Taking advantage of the proven Blind Swords system, AGV has been injected with abundant history while still offering players a plethora of choices as to where and how to deploy their troop formations. Being heavily outnumbered, the Confederates must conduct a skillful defense while the Union will have to effectively coordinate their powerful brigades over brutal terrain. With the climatic battle of Antietam just three days distant, casualties at South Mountain are also an important consideration.
I want to point out that I’ve also focused the design to be an excellent solitaire study, made possible by the historically desperate position that DH Hill found himself - from forgotten rear guard to frontline army savior.
The single map (by Edmund Hudson) and counters (by Charlie Kibler) are truly excellent, and I also wanted to publicly thank Roger Miller from Revolution for his outstanding support of this project since its inception. It’s been a lot of fun to work on, and there’s much more to come!
A Greater Victory is right on track for a late 2022 release - stay tuned.
Steve Carey - Designer 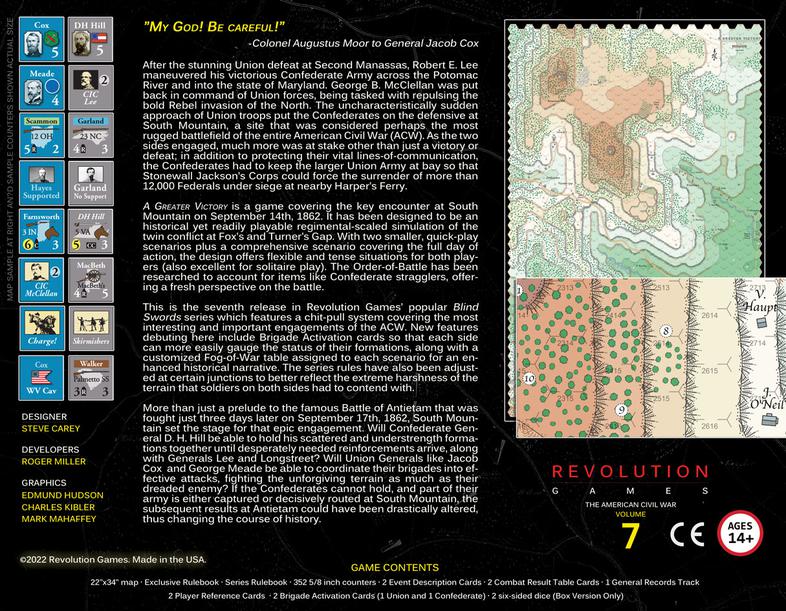 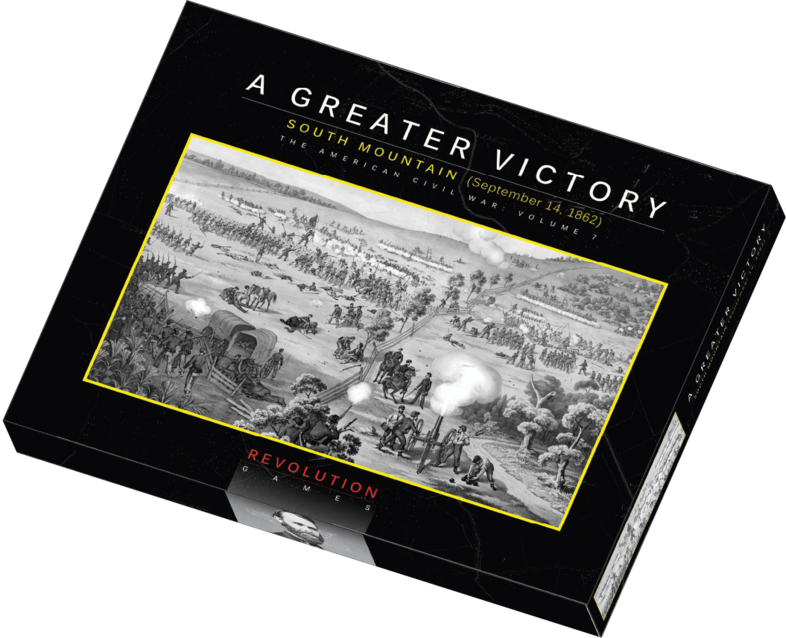