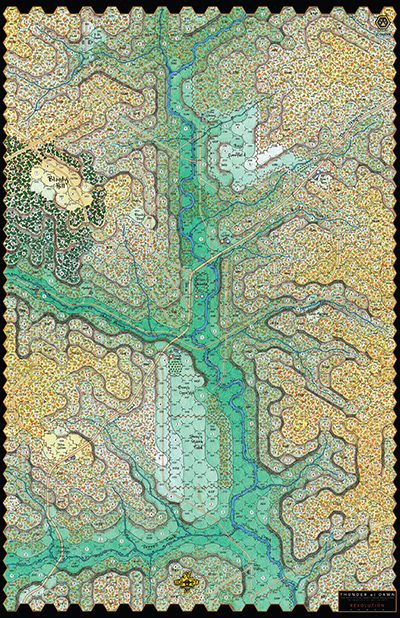 On August 10th, 1861 the first major battle of the Trans-Mississippi theater, and the second major battle of the American Civil War, was fought near Springfield, Missouri. Three rather green forces (one Union army and two Rebel forces) met at Wilson’s Creek and clashed on “Bloody Hill. Little did they know how bloody the war would be.
With enthusiasm running high, townsfolk made fancy uniforms for patriotic young men. Other fervent men showed up in their street clothes and this jumble of uniforms led to real confusion during the battle. At a key point in the battle, Union General Sigel mistook an advancing Rebel body of troops to be Union men and this led to the rout of Sigel’s force.
The commanders were also new to this level of fighting and two novice errors shaped the historic battle. The Union commander, General Lyon, detailed his battle plan to his commanders and then was talked into dividing his smaller force in two at the last minute. The Rebels had dissention amongst Generals McCulloch and Price over whether they should attack immediately or not. After cancelling an advance to attack the next morning (August 10th), they forgot to repost pickets when they returned to their camps. This mistake left them open to the Union surprise attack the next morning.
After great initial success, the Union forces ran low on ammunition, lost General Lyon and ended up leaving the field. It didn’t have to be that way as the Union forces had a very good chance of conducting a successful “spoiling” attack. The “What If” scenario gives the Union player a chance to adjust his strategy and win the battle.
The game is specifically designed to be a playable regimental-scale simulation of the battle that can be completed in a long evening. It allows the players the immersive experience of tactical combat without the heavy rules normally found in such games, while also delivering a comprehensive experience of limited intelligence and unexpected events. The game features the Blind Swords chit-pull system, which emphasizes the three “FOWs” of military conflict: fog-of-war, friction-of-war and fortunes-of-war. With each chit pull, players will be challenged to make tough decisions based on their assessment of the situation at that moment. This yields an environment of tense action and constant surprises – an environment that will challenge each player. 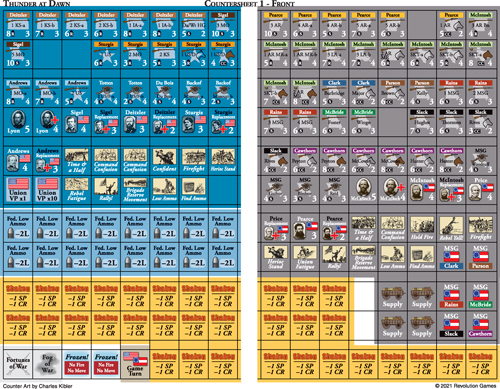 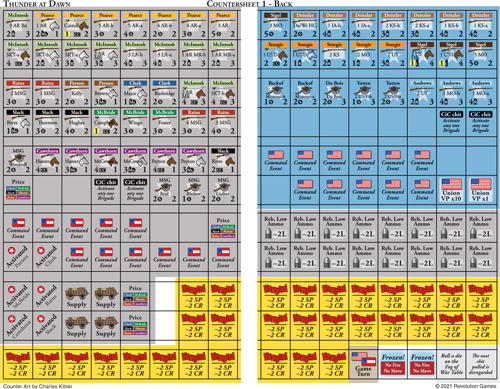 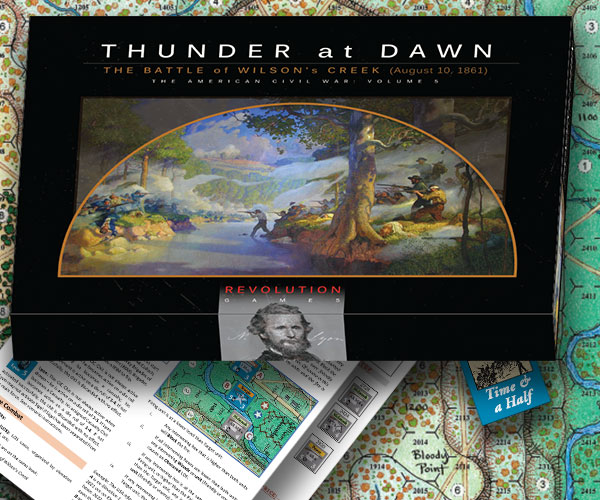