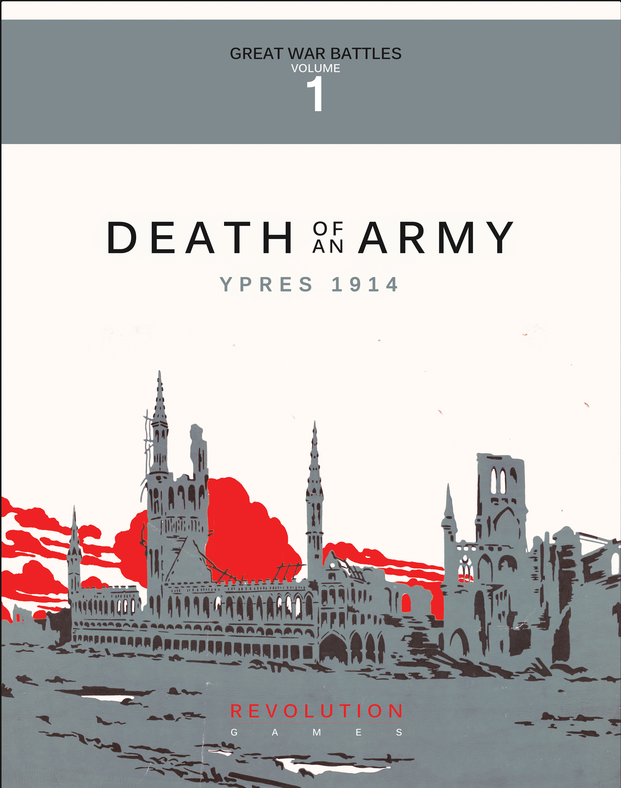 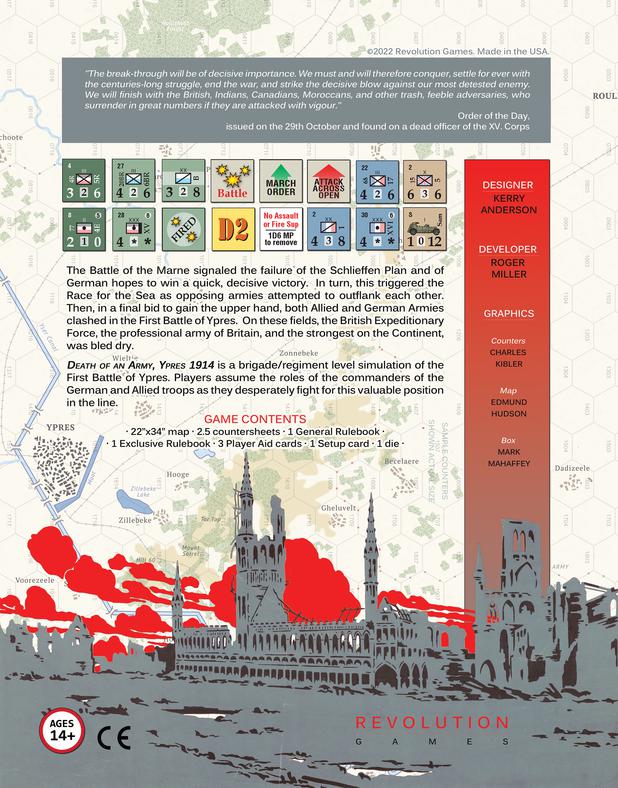 Components
- 22 x 34" Map
- Exclusive Rulebook
- Series Rulebook
- 2.5 5/8" countersheets
- 3 Player aids
- Box or Ziploc bag
- 1 six-sided die (boxed version)
Death of an Army: First Battle of Ypres, 1914
"The break-through will be of decisive importance. We must and will therefore conquer, settle for ever with the centuries-long struggle, end the war, and strike the decisive blow against our most detested enemy. We will finish with the British, Indians, Canadians, Moroccans, and other trash, feeble adversaries, who surrender in great numbers if they are attacked with vigour."
Order of the Day, issued on the 29th October and found on a dead officer of the XV. Corps
The Battle of the Marne signaled the failure of the Schlieffen Plan and of German hopes to win a quick, decisive victory. In turn, this triggered the Race for the Sea as opposing armies attempted to outflank each other. Then, in a final bid to gain the upper hand, both Allied and German Armies clashed in the First Battle of Ypres. On these fields, the British Expeditionary Force, the professional army of Britain, and the strongest on the Continent, was bled dry.
Death of an Army, Ypres 1914 is a brigade/regiment level simulation of the First Battle of Ypres. Players assume the roles of the commanders of the German and Allied troops as they desperately fight for this valuable position in the line.
Designer: Kerry Anderson
Front Cover Art
Back of Box Art 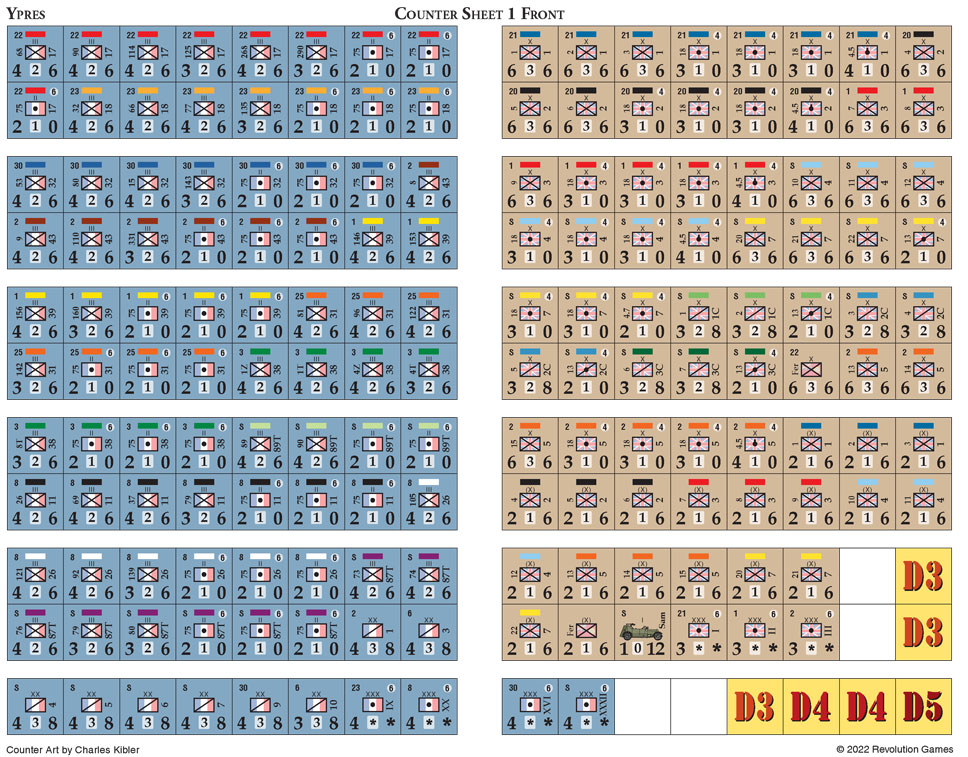 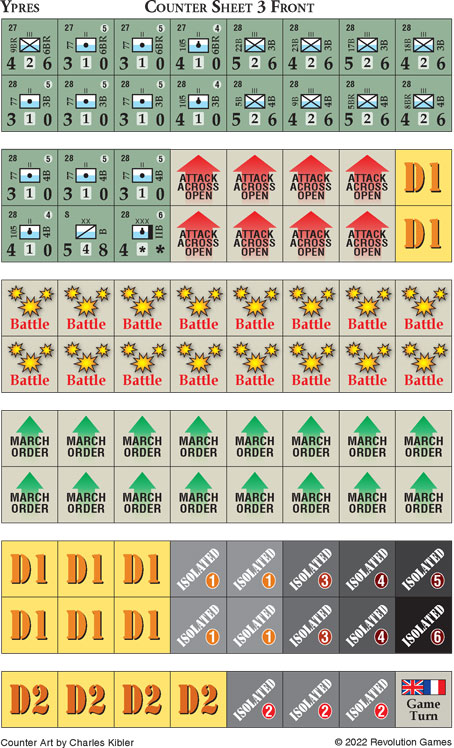 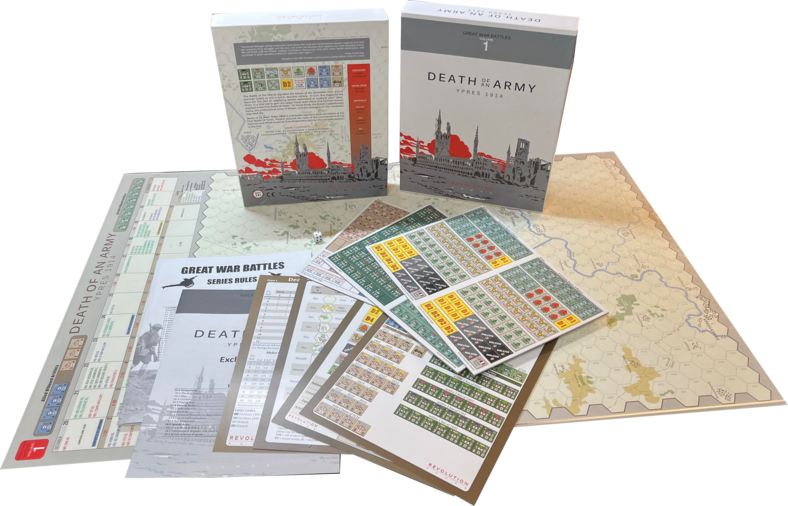