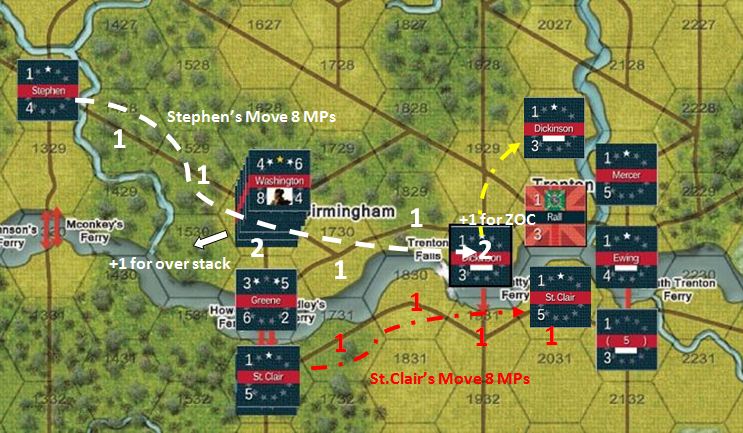 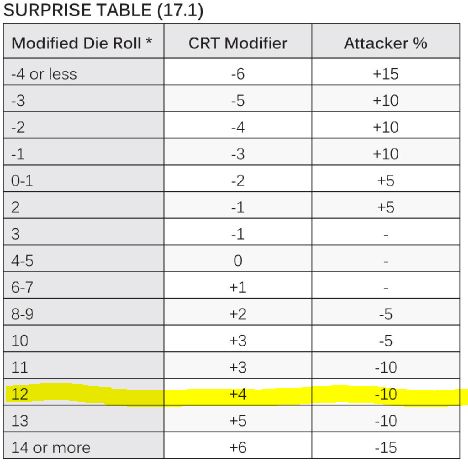 The American player now rolls on the Combat Result Table using the 7-8 column because Washington has a leader rating of 8. The American player rolls a 2 which is then modified -1 for the hasty attack, +1 for Americans on the attack, +4 for the surprise result, +2 since Washington outnumbers Rall by 2 to 1 and +4 since Rall is outflanked by American leaders in all 6 hexes around him. The final result is a 12 which yields a result of 20/60! The attacker result is on the left so Washington would take casualties equal to 20% of the defenders strength. However the surprise result decreased Washington’s casualties by 10% so the American’s lose 10% of Ralls strength or 130 troops. The American player can distribute his losses as he sees fit (exception for Washington’s bodyguard) and chooses to take them all out of Lord Stirling, reducing him from 570 troops to 440.
Rall takes 60% casualties from his strength of 1,250 or 750 leaving him with 500 troops. The ! result means that Rall is routed and must retreat 4 hexes. Rall must now retreat through the American leaders as he is completely surrounded and he chooses to retreat through Dickinson in 2028 and then to 2027, 1927, and 1926. Retreating through Dickinson causes another 10% loss to Rall from his original strength for 130 more casualties reducing him to 370 troops. When surrounded the first hex of the retreat is up to the retreating force but after that the retreat priorities dictate the path, no retreat through enemy leaders with troops, avoid enemy ZOC, retreat toward your map edge, ( top edge for the British) stay on the roads if possible, etc. Rall has his fatigue increased by 3, one for defending in a combat and taking at least 5% loss and 2 for being routed. Rall is now at 4 fatigue.
Washington must now advance after combat into Trenton and may continue moving with any troops which still have movement points. Since all of his other leaders with troops rolled 6 movement points and they have used 6 movement points they cannot move so the only leaders who can keep moving are Washington and Greene who always have a movement allowance of 13. The American player is content with where Washington and Greene are and halts their move in Trenton. Washington, Glover, Sargent, Lord Stirling and Fermoy gain 2 fatigue, 1 for moving and 1 for attacking. Washington, Glover and Sargent are at fatigue 2. Fermoy and Lord Stirling are at fatigue 4. Greene has no troops assigned to him and gains no fatigue. The American Player gets 6 victory points for a major victory. Sullivan moves to 2130. Since he has no troops assigned and activated no other leaders he may be activated for free and move 13 movement points without gaining fatigue. 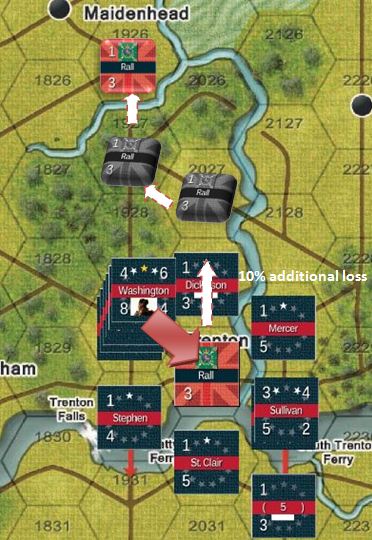 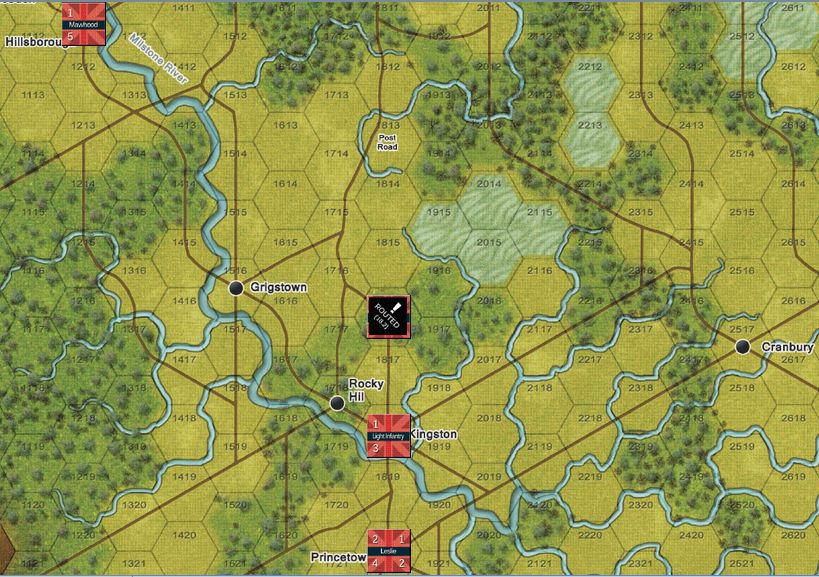 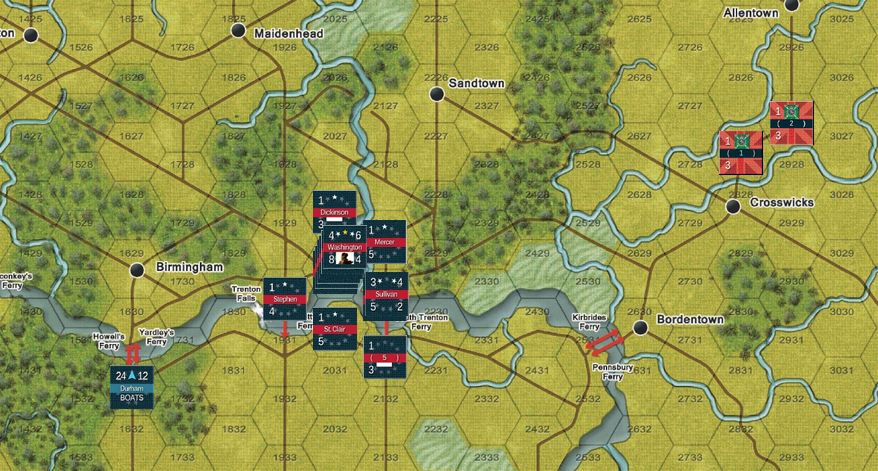 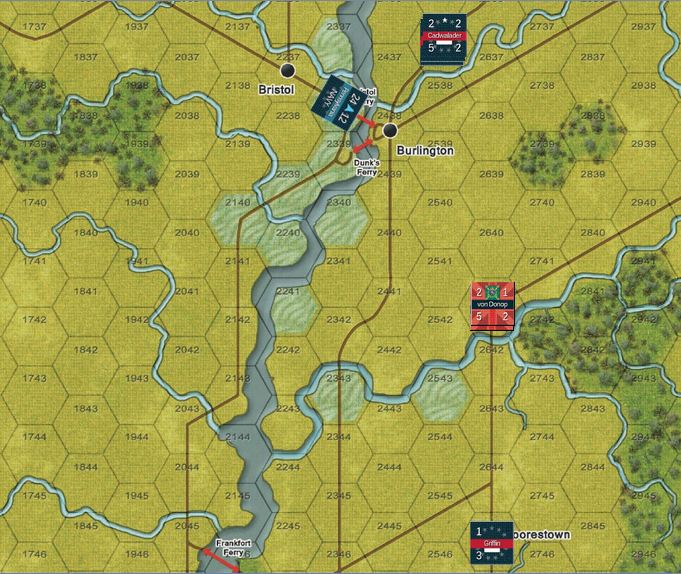